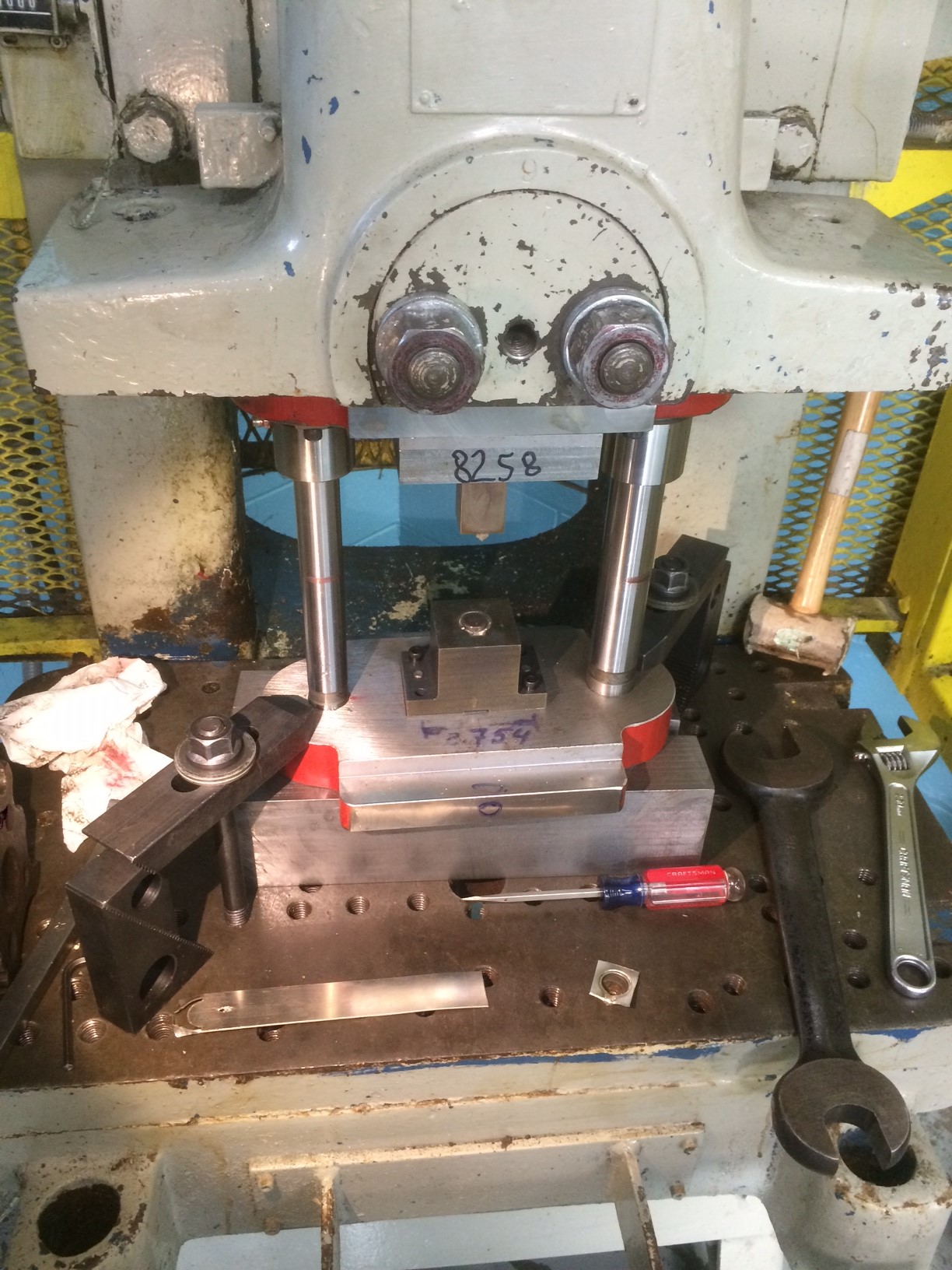 We get a lot of questions regarding the difference between our Die Striking process and the industry standard of casting. Although we try to illustrate the difference through a simple explanation of our process, it really needs to be examined on a microscopic level to fully understand the advantages.

Below we have an image of cast metal examined under an electron microscope. When analyzing the grain structure, you can see it has a distinct resemblance to that of a sponge. The reason for this sponge-like appearance is the introduction of air into the metal during the casting process, more of which will be explained below: When casting a piece of jewelry, metal is heated to a molten state then quickly transferred to a mold using either centrifugal force or vacuum. These forces are used to tightly hold the molten metal into the mold cavity until solidified enough to keep the desired shape. While this manufacturing method is more cost effective and conducive to custom manufacturing, there is a distinct flaw in the process of "slinging" hot metal into a mold. The flaw is the introduction of air into the metal. The sponge-like pattern you can see from the image above is due to air pockets within the metal, caused by the violent "slinging" of metal into the mold. The air is picked up and introduced into the metal during transfer between the melting crucible and mold cavity. Tiny air bubbles populate the metal, leaving voids between the grain structure after cooling, effectively cutting down on overall weight and durability. Think of this as loose sand or gravel where the individual grains can be easily displaced due to lack of bonding. Over time, this is the most common cause of failure seen within in the jewelry industry. The air pockets in the metal weaken the grain structure causing premature wear, stone loss, and susceptibility to cracking and deformation.

Ever wonder why you see so many heirloom rings from the early 1900's are still around today? The answer is die striking.

Die Striking was the industry standard before the introduction of production casting to the jewelry industry in the 1940's. All original Victorian, Edwardian, and early Art Deco pieces were constructed using the die striking method, giving them the durability to last multiple generations, and still be loved by many today.

Below we can examine the grain structure of a die struck piece of jewelry in contrast to the cast piece above: As you can see from this image, the grain structure is compressed and uniform throughout compared to the sponge-like appearance of the cast piece above. The reason for this is the great deal of compression that takes place during the die striking process, which we will explain below.

The die striking process begins similarly to casting with the melting of metal in a high temperature dish called a crucible. The molten metal is then poured into a mold to create an ingot, the basic shape to begin sheet fabrication. Once the ingot is cooled, it is time for the compression to begin. The first bit of compression takes place when shaping a sheet of metal to prepare it for use in die striking. Using what is called a rolling mill, workers compress an ingot under 26 tons of pressure to create a sheet with a desired thickness for whatever parts are being manufactured. This initial compression from the rolling mill is also used to align grain structure and push out any air that may have been introduced to the metal while pouring the ingot. Once a sheet has reached it's desired thickness, it is softened using an oven to re-align grain structure, and allow for easy forming into die cavities. After the sheet of metal has been softened and grain structure re-aligned, it is ready for the final step of compression. Using what is called a "press," workers use the sheet created to form individual parts that make up every Whitehouse Brothers piece of jewelry. Each press creates 50+ tons of pressure to force the metal sheet into dies, effectively super-compressing the metal and removing any air or defects that may exist to this point. The result when finished is a metal part that has perfectly aligned grain structure, free of air pockets or any other defects.